Today, after a lie in, we went for a walk at Burn o’Vat – a huge meltwater kettle hole left over from the glacial times that shaped most of the landscape in Scotland. Here we found that it wasn’t just a hole you could look into, but one you could walk into and examine from its bottom – very impressive! From there we took a walk around Lock Kinold – 4.25miles in total – past delightful little coves of water lillies and bullrushes, overlooking ancient lake villages, in the shadow of more recent Celtic Cross stones. A really lovely walk indeed. Lastly, on what was turning out to be a quiet day after Monday and Tuesday’s excursions, we paid a visit to the nearby Balronald Wood, where there is a recumbent stone circle with a (later) central cairn. This site is completely overgrown and uncared for, but clearly still visited by those who have respect for it. 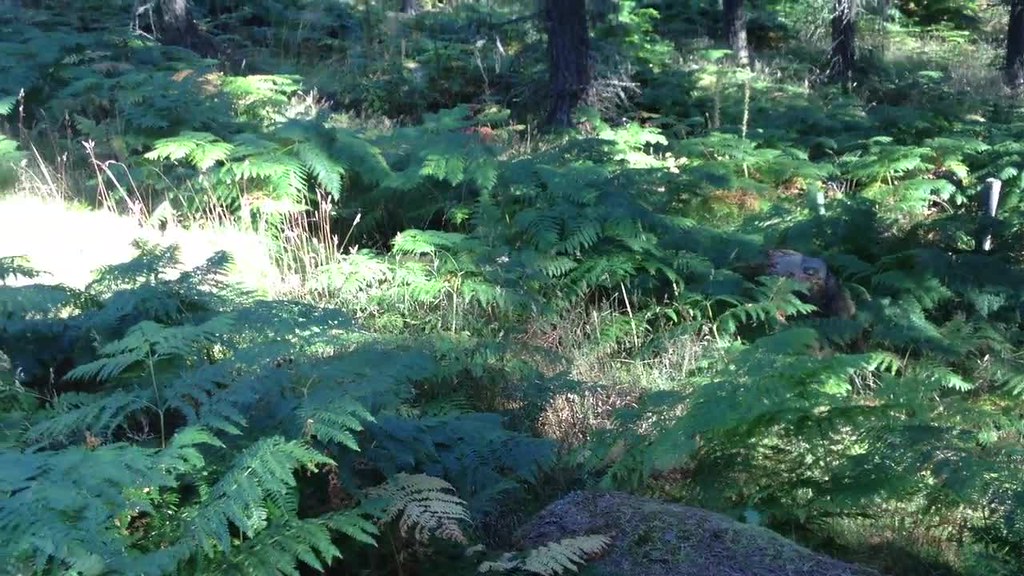 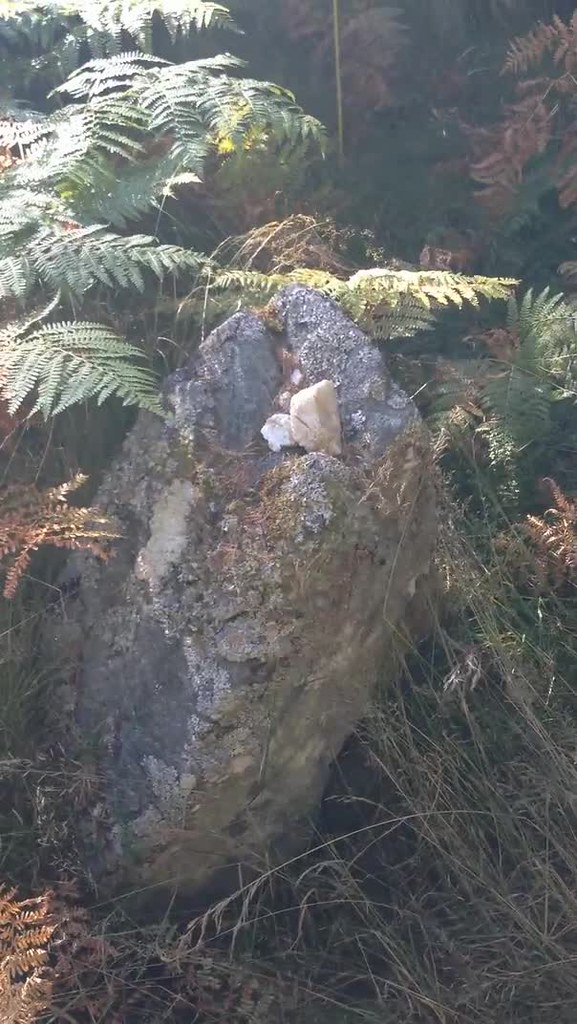 Today’s excursion was simpler and more scenic. We headed first due east to Crathes Castle. This was the seat of the Burnett family from 1323, when Robert the Bruce gave them lands. According to one information sheet at the Castle, (though reported as ‘disputed’ on the web, e.g. Scotweb, who suggest they may have been French) the Burnetts were originally Anglo-Saxon nobles from Bedfordshire, displaced by William the Conqueror, and two branches of the family exiled themselves to Scotland, one branch ending up in Aberdeenshire. The Castle here now was built by Alexander Burnett in 1596, and its contents largely destroyed by a fire in 1966, at which point the then Laird gave the place to the National Trust for Scotland, who have restored it well, and filled it with lots of historical nik-naks to surround the scant remnants of Burnett family life that survive.

My principal interest in visiting, however, is that in the ‘Warren Field,’ a short walk down the hill from the Castle, in 2004, archaeologists found the footings of a huge Neolithic Timber Hall.

This came to my attention in July this year, when a National Trust news story arrived in my inbox revealing that further study of what had been excavated pointed to a Mesolithic Soli-Lunar Calendar in the same field. Yes – a Mesolithic Calendar, dating some five thousand years older than any time measuring device in the Middle East, to 8000BC in Aberdeenshire. This is quite Earth shattering news for the world of Archaeology, and the Birmingham University Archaeologists who did this work are to be congratulated on this ground breaking work. Follow the links for more information.

From Crathes, we took road to the coast for a light lunch in a seaside pub in Stonehaven Harbour – a lovely sleepy fishing village fond of its rugby. Taking the scenic route home, we headed south-west first down to Fettercairn, and then back north-east up the Cairn o Mount road, getting an amazing view of Stonehaven from 1493ft above it! Finally, on the home stretch, we stopped at Aboyne cemetry to walk up the path into the woods and visit the delightful little Aboyne Stone Circle – just five stones remaining of what looked like could have been 8 or even 10. This seemed of a much older lineage than the Early Bronze Age recumbent stone circles we saw yesterday, but sported, nonetheless, a fine fleshy-pink granite stone amongst its remaining stones. Lovely ambience, under the trees, a peaceful, magical place. So here we are – my partner Colin and I – staying in a little cottage in Royal Deeside, exploring Aberdeenshire. As is my wont – and indeed much of the reasoning behind the choice of location – a good part of our holiday will be devoted to visiting ancient sites, and, after arriving late Saturday and having a lazy Sunday, today has been our first major excursion into the ancient landscape around us.

We devoted today to visiting the major recumbent stone circles in the area – so called because of the style of circle unique to North East Scotland, which incorporates a massive horizontal, or recumbent stone, flanked by two standing stones, and in which the rest of the stones taper in height gradually away from the recumbent stone to the shortest one directly opposite. The two flankers are also generally one tall and thin, the other short and fat, and – as today’s experience seemed to suggest – the masculine/feminine suggestion in these flankers was sometimes accentuated by the taller, thinner flanker looking decidedly phallic.

The first circle we visited, we didn’t realise until the end of the day, would be the one with the finest ambience, views, and overall ‘vistor experience’. Tomnaverie, near Tarland, proved to be not only one of the finest examples of recumbent stone circles that we visited today, but with by far the best feel to it. The next we visited was Midmar Kirk, in the graveyard of a church built right next to it in the late 18th century. The best thing about this circle was the flesh pink granite penis stone – the Balblair Standing Stone – a short walk away from the circle hidden in a little wood. Then we visited Cullerlie Stone Circle – a fairly fine example of the style of circle, but yards from a working farmyard where farmers and tractors bustled about their business during our visit. Then Easter Aquhorthies, a very massive recumbent stone, but the whole circle wrapped in a 19th century kerb with a 20th century barbed wire fence a few feet beyond it. It was impossible to get any real perspective on the site, and the ambience was definitely not helped by the four old ladies sitting on the recumbent with their packed lunch. I made it quite clear that I thought they were distinctly lacking in respect for a historic monument, and – to their credit – they moved and got out of the way so we could take our pictures and try to gain some appraisal of the circle. Lastly, at Loanhead of Daviot, we found again the peace, space, a good view, and some of the ambience we had experienced at Tomnaverie, and would call this the 2nd best of the day. It remained only for us to make the trip across the harvested wheat field for a closer look at the much depleted and uncared for Balquhain Stone Circle, before beginning our journey back to our cottage in Ballater. The most impressive stone at Balquhain is of course the white quartz pillar! The day would not have been complete, in the Valley of the Don, without a visit to at least one of the several Pictish symbol stones, displaying the now lost symbolic language of this 7th century Christian people. Nor, without a picture or two of the imposing Bennachie mountain – literally the ‘breast mountain’ – that overlooks the entire valley, and which is visible from most of the circles we visited. Finally, the day was only complete with a tea – or martini – at the delightful Kildrummy Castle Hotel, after a gentle walk in the lovely gardens for which the ruins of the 13th century English conqueror’s castle forms a picturesque backdrop.